DIY projects often come with some unforeseen hiccups and surprises along the way.

My husband and I have done a number of projects that involved working around outlets and light switches and even though I know the importance of planning ahead and leaving plenty of space for the covers, even I've run into the predicament of ending up without enough space to fit the cover.

Good news is, there is a solution and it's so simple!

Our outlet cover mishap was the result of a board and batten project that went under a redesign mid-project.

A more common reason a switch plate cover doesn't fit is when you've added tile to enhance a wall in your home.

Here are 2 examples - 1 was avoidable and the other was not:

In this bathroom remodel project, an inexperienced DIYer brought the height of the tile too high, leaving no room for the cover plate - probably a result of a last minute decision to add the row of tiny brown accent tiles in between the tile & the finishing trim: 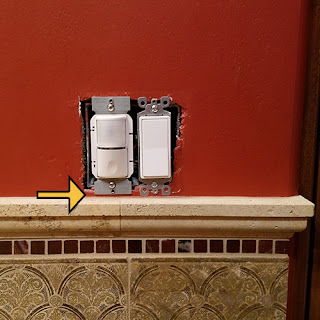 In this home bar project, the bullnose edge for the tile backsplash was thick enough that the cover no longer fit: 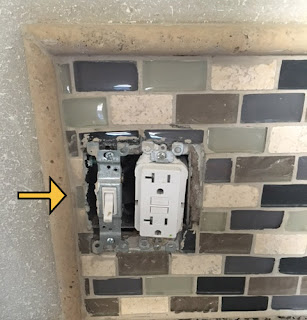 Kyle Switch Plates makes both short switch plates & narrow switch plates that will still cover your entire electrical box opening, but fit these tricky situations. The difference is that the openings in the plates are shifted to allow extra room on 1 edge of the plate.

For the bathroom tile incident, a 2-rocker half short plate is the perfect fix. The plate is trimmed, or short, on the bottom. It can be rotated upside down to be short on the top as well. 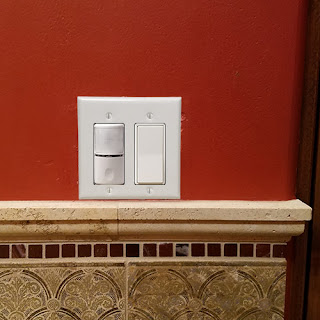 The home bar project was also fixed with a double rocker plate, however, instead of being trimmed on the bottom, this plate is narrow on one side. Adding a half narrow double rocker plate only required the homeowner to swap out their toggle switch for a rocker switch. 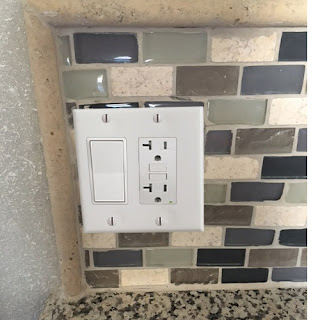 An alternative to changing the switch from toggle to rocker would be to convert the left plate opening to a toggle with a toggle converter for rocker switch plates.

If you find yourself in a similar situation leave us a comment! We'd love to hear how our half short or half narrow switch plates saved your DIY project mistake!